The art of injury 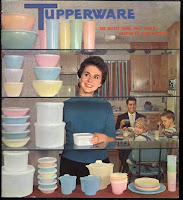 For the first seven years of her adorable life, Pooch was a very cost efficient doggie. This made me happy, as I am a chronic student and therefore as broke as an investment banker during the great depression. She didn’t require much veterinary attention. She had no interest in food, other than what it took to keep her alive.

As of the last year or so, though, that has changed. She injures herself. She eats. Probably because you burn off a lot of fuel when all your energy is directed towards hurting yourself. Of course, when you insist on running everywhere as fast as you can with your eyes closed, it usually results in injury of some sort. I suppose I should be surprised that Pooch has lived to be eight years old.

Last week we visited the veterinarian, yet again. This time it wasn’t an injury that brought us there, though. It was those stinky, brown blobs that have been coming out of Pooch’s ding-dong every now and then over the past couple of months.

“You’ll need to bring in a urine sample,” the vet told me on the phone.

And so, being the devoted dog owner that I am, I search my cupboard to find something in which to gather up Pooch’s toilet treasure. It took me a while. My cupboard is an unbelievable mess. For instance, I had no idea peanut butter could grow such a thick and glossy fur. I named it Johnny and threw it in the trash. Then, as luck would have it, I stumbled upon a lovely, little Tupperware box which was now given a purpose that the creators probably never thought off.

I was very happy with my cunning pee-harvesting plan. However, Pooch refused to cooperate. I always imagined that Pooch pees on thing that she consideres to be hers by right.

But never, unfortunately, has Pooch wanted to own a Tupperware box. As soon as she sat down to do her business, I would slide the box underneath her and immediately she would stop, looking at me as if I’d suddenly grown tentacles and turned orange. Every time I managed to get half a drop at the very best.

Desperate to squeeze som wee-wee out of the doggie, I patiently led her all around the neighbourhood in search of things for her to do her business on. I don’t mind telling you, I got some very strange looks. Not just from Pooch. But eventually I did manage to get about a tablespoon worth, with some help from the rain.

Then mum called to remind me that a urine sample needed to be kept cool, or it would give a false reading. Suddenly I was torn between having to get a whole new sample tomorrow or putting the one I already had in the fridge. Neither option seemed appealing. Reluctantly I wrapped it up in umpteen plastic bags and stuck it on the top shelf. Instinct told me to move everything else on the top shelf to some other shelf, but the fridge was full. There was no place for anything to go.

The strawberry jam never hurt anyone. The butter never said a cross word to anyone and the half carton of juice was completely innocent. But now they are all pariah – outcast.

Because the universe is a bitch with a very developed sense of irony, Pooch’s tinkle turned out to be completely normal. There were also several absolutely regular blood samples and a completely necessary ultra sound test, for which the poor doggie had to have her tummy shaved, which made it all itchy and nearly drove her nuts. Her temperature also needed checking, they said. That took two vets and a muzzle. Pooch hated them both with the fire of a thousand suns, but then they gave her chicken and she got over it.

Dogs tend to find it kinda hard to scratch their stomachs, so if it’s itchy, all they can do is spin around in circles and shriek. Which she did. Lots. Which in turn nearly drove me crazy.

Anyways, they couldn’t find anything wrong with her, so the stinky blobs of death remain a mystery. I’m working on a theory, though. It’s got aliens in it.
Posted by choochoo at 6:07 PM

Stinky brown blobs.... no I don't want to know. I raised two kids and that was enough, at least they were of my blood.

aliens seems a good basis for any theory related to unexplaned goop!

Jazz - some day, when it's perfectly formed in my head...

"...those stinky, brown blobs that have been coming out of Pooch’s ding-dong "

Ah, lass, you do take me back to my honeymoon.

I just wish there were pictures of the Pee Harvest, and why, if they can take a baby's temperature real quickly in the Ear do they still have to shove thermometers up the pooch's butt!!

Jocelyn - I hope you enjoyed the ride.

Tom - I know! It's so unfair. She has such enormous ears, that should be an obvious solution.

Sounds like your Pooch is causing you some trials. And putting the urin in the refigerator. Ugh! :)