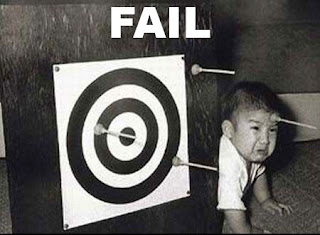 Last night, I decided to make a low-carb pizza. Why would you do a silly thing like that, you ask. Mister Choochoo and I try to follow a low carb, high fat diet. For the most part, it's gone really well and I'm pretty happy with all my new energy and my stomach no longer going I'm-going-to-make-you-scream-like-a-little-b***h psycho on me.

However, for some things you need flour, dammit! Like if you're making pizza. For my low-carb version of a pizza "dough", the recipe called for a whole lot of eggs (3), cottage cheese (1 cup) and grated cheese (1 cup). Then you had to mix cottage cheese with egg yolks and beat the egg whites until they turned stiff and fluffy. This was to be gently mixed in with the cottage cheese mess, making sure to not kill the fluffiness of it all. The goo I had now made, was going to become the pizza bread.

I poured/smeared it into a wide pan and stuck it in the stove to cook for 15-20 minutes at low heat. It looked like a very large egg-white omelette. Why? Because it basically WAS a very large egg-white omelette. Should any form of omelette at any point be a part of a pizza recipe? No, it should not! To my surprise, it didn't taste much like eggs and I'm sure it would make a pretty cool breakfast thing of some sort. But as pizza bread...not so much.

You couldn't slice the thing properly to save your life. The poor "pizza" ended up on the plates in an unsightly heap after having been shovelled up there with a large spoon. I thought about taking a picture, but it was just to horrible to look at. Afterwards I spent the entire night dreaming that I was pregnant.

I am never, ever making this again. Ever.
Posted by choochoo at 10:00 AM 2 comments: 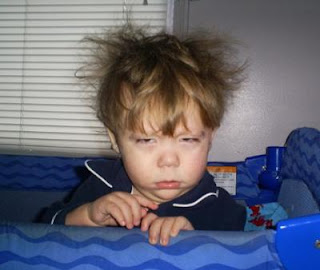 This picture sums up my day, so far. I managed maybe as much as an hours worth of sleep. At least I think so, because at some point during the night, I remember hovering mid-air in the kitchen, and I'm almost sure that didn't actually happen.

Gobbling down cup after cup of coffee, hoping they'll save me from myself.

That wasn't my point, though.

Today I poured myself a glass of diet cola, went to the bathroom and when I came back, I noticed something small and black floating around in my glass. I fished it out. It was a tiny pair of wings. Just as I was staring at my find and wondering how a lone pair of wings ended up in my soda, another black lump rose to the surface of it. Then another and another. They all appeared to be bits of a fly. I also suddenly noticed a tiny, black leg on the side of the glass.

So here's my theory; a fly flew into my soda and blew itself up. Terrorism has now entered the insect world. Be very afraid!


- Posted using BlogPress from my iPad

You know how being really tired sometimes feels a bit like being under water? I said "a bit." There's no need to call for them men with the butterfly nets. I've just spent over an hour trying to write an email. It took that long because I kept staring into space and forgetting what I was doing. I'm not even going to tell you how long this is taking me.

Last night, I had a dream that I was a fearless werewolf hunter. I had a gun, the kind with a really long nozzle, and a hang glider. That's right, a hang glider. I was having a really hard time finding a place to land the thing, so I didn't get to shoot many werewolves, but I was very dedicated to my task. Seriously, it's easier to find a parking space in the city on a Saturday. I think this dream is why I'm so tired today. Let me tell you, this sort of thing is a lot more exhausting in real life than it looks in the movies. And by real life, I mean...uhm..that I'm just going to stop talking now.
Posted by choochoo at 10:45 AM 2 comments:

Another conversation from the car

Girl: you have two really big mosquito bites on your elbow.

Boy: Don't say it! Don't make me aware of them!

Girl: what, you didn't know? How is that even possible? They're friggin' huge...

Girl: it looks like you've been bitten by a vampire with gum disease, or something...

Boy: one more word and you're riding in the back.

- Posted using BlogPress from my iPad

We are back from our vacation. We were borrowing my mothers cottage in Norway, and went heavily armed with Pooch's snacks, bones and soft blankets. See, if Pooch doesn't have a nice, soft Pooch-approved place to lie down, she doesn't lie down. Ever. She just follows you around, looking pathetic, emanating a high pitched squeal that you could probably record and sell to producers of smoke alarms and such. She will do this until she's worn out, at which point she'll sorta fall over and have a short nap before she's ready to go again. Pooch is a very persistent dog. Possibly because her brain is too tiny to follow her "master plan" and consider optional courses of action at the same time.

Basically, she needs soft things to lie on and stuff in her mouth. With these things in place, she's a delightful doggie.

- Posted using BlogPress from my iPad