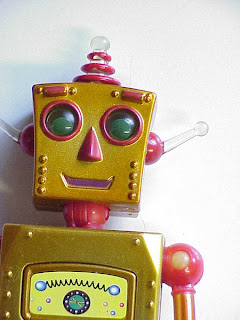 koala_man: after some future breakthroughs in robotics, but before the price has gone down, there is likely to be robotic brothels
mawlipe: robot sex? that's scary.
koala_man: I know, that's what I thought. But according to my calculations, a condom of normal thickness has a dielectric strength of at least 780V. Meaning if the robot runs on mains and shorts out, you're still protected with a margin of nearly 500V

Wait, will it be men doing girl robots or boy robots doing women?

Oh, and I'd imagine if you're having sex with a robot a condom wouldn't be necessary, as the robot would be unable to pass on sexually transmitted diseases...

I'm wondering if robot sex is a step or a step down from sex with a blow-up doll.

Whoever is Mawlipe STOLE MY NAME D: