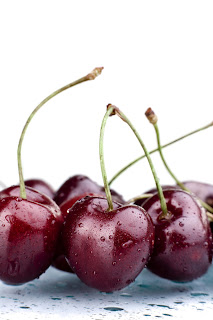 Greetings, Munchkins! I have just returned from the Great Abroad where I visited Mr. Choochoo (and secretly contemplated what sort of curtains would look best when I move in there in a couple of months, nyahaha). I went by ship. I quite like ships. Especially the big ones with the nice restaurants and all the funny shops. They’re like floating malls. That way I’m usually broke –before- I get to where I’m going on vacation. Funny that, eh?

As I sat down in my seat for the return trip, I have to say I was a bit worried, though. It was a lovely, sunny day. All clear skies and happy seagulls. But then the stewardess handed me a pile of 15 (!) seasickness bags. “Just in case,” she said.

She then tried to hand another pile to the guy sitting behind me, but he waved her away, saying: “no, no, nonono! No case! No case!” in a thick, German accent.

I stared from the seasickness bags to the frolicking seagulls outside and back to the seasickness bags and wondered. The ship started moving. It did that honking thing that it does when it leaves or enters a port. I like that part. It reminds me of Miss Marple and Poirot murder mysteries. I’m not sure why. All was quiet at first. Then the ship suddenly took a giant leap forwards. Then another and another and another. Pretty soon it was rhythmically leaping forwards and rolling sideways at the same time. For a moment I made believe that I was very small and that I lived inside a mechanical bull. Like when I was a kid and I pretended to be a fairy living in a shoe, only completely different.

As luck would have it, I had taken a little pill before we left Mr Choochoo’s house that morning. The kind of little pill that wards off not only travel sickness but also your ability to remain conscious for very long at a time. I’d fallen asleep as soon as we got into the car for the two hour drive to the sea. With my mouth wide open, I might add, and most likely snoring like a wilderbeast. I woke up on a couple of occasions because my tongue was dry, but other than that I was dead to the world.

So when the ship started rocking, it wasn’t very long before I was off to dreamland again. For the entire trip I woke up a grand total of three times. The first time I noticed that that the motionsickness bags had been piling up around people’s seat. Some were running towards the exit, out on deck, looking pale as ghosts. Mr. No-Case was heaving behind me and the air was thick with the smell of affordable cleaning products. I scratched the tip of my nose and went back to sleep.

The second time I was awake long enough for the stewardess to hand me a bisquit, saying it was good for the tummy. I don’t remember much after swallowing the last bite. I must have either passed out again or had some sort of black-out, like they do in the movies. The last option probably would have required more energy than I was capable of at that time.

When I finally came to, we were back in the old country and the weather had turned friendly again. So that was my first ever actual storm at sea.

Pic: "Cherry" by gusztil32 for deviantart.

And yet he still loves you. He's a keeper he is.

I'm laughing that you slept through your great adventure! Although in truth, that's the way I'd want to deal with my first storm at sea...assuming you ever get me out there...

Being very small, inside a mechanical bull, well, it cracks me up.

You've taken me back to a trip across the Irish Sea in 1987 during which my pal Colleen yacked all night and I slept like a baby.

I would have thought you would have caused the ship to rock for other reasons.

Jazz - he is, isn't he? Although he has said that I apparently did NOT snore in the car. But one day I will and that'll be the ultimate test. Yup.

Jocelyn - luckily this sail was only three hours long. lol.