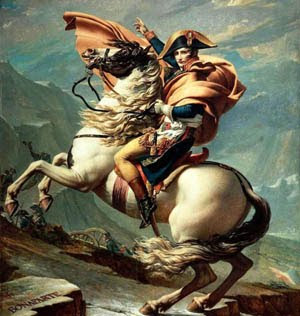 Added: And then, once I woke up properly, I realized that I've written Haiti half of the time and then Tahiti the other half. See, this is why I don't get up early. Sometimes I kinda feel like I should. It's a bit like having breakfast - I don't want to, really, but I feel obligated to from time to time because that's what society seems to expect. But I don't like it and it makes me do strange things. But hey, if Tahiti ever has an earthquake or makes a deal with the devil (whatever happens first), I'll just change it back to Tahiti and re-post. And I promise to never again wake up at 5am, think to myself: "Oh my, I can't sleep. What shall I do? I know! I'll blog some!" Anyways, do read. It should be perfectly safe now.

I was determined NOT to write anything about Haiti, because that’s what everyone’s been doing lately, and I want to be unique, dammit.

But I can’t seem to restrain myself any longer. By now we all know how reverend Pat Robertson has been buzzing around in the media, talking about how Haiti brought this earthquake upon themselves because back in the day they had all gotten together and made a deal with the devil. See, they wanted to get out from under the heel of the French (“Napoleon the third, or whatever.”) They all all got together and asked Satan to get the French off their backs and Satan said “Yeah, okay.” Then the Haitians revolted and kicked the French out, all because Satan believed in them.

I’m curious, though… How did they all “get together,” exactly? I mean, it’s hard enough to set up a lunch appointment with the girls. Our boss has been trying to arrange a staff meeting for weeks, with no luck what so ever. And we’re only five people working there. There’s around 200000 people in Haiti. Not sure how many they were under French occupation, but I’m pretty sure there were more then five. Did they have unusually large football stadiums back then? How did they plan this extraordinary meeting? It’s not like they could fire off a txt message to everyone saying: “Meeting with that Satan dude at the freakishly big football stadium at 8:00pm, Tuesday. Be there or be a Frenchman's pony!”

I believe in keeping an open mind when it comes to philosophy and religion and mathematics and stuff, but not to the point where your brain falls out of your head and goes rolling down the street. Just sayin’

"Napoleon the third or whatever" - gotta love a guy who goes for accuracy.

*snort* I love the idea of a huge football stadium full or Haitians debating whether or not to make a deal with this satan dude.

Ahahaha! Yeah, there must not have been any doctors on the island... I used to try to arrange meetings for just a few years back.

pat robertson needs to be thumped over the head with his own bible. just an unconscionable level of victim blaming.