Today I bring you.. english mysteries 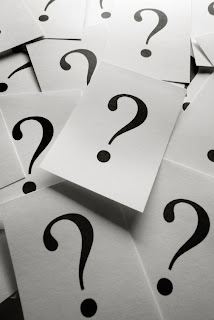 Why is it that when we transport something by car, it's called a shipment, but when we transport something by ship, it's called cargo?
Why are people who ride motorcycles called bikers and people who ride bikes called cyclists?
In what other language do thay call the third hand on the clock the second hand?
In what other language do people drive in a parkway and park in a driveway?
Why does night fall but never break and day break but never fall?
Why is it called a TV set when you get only one?
Why - in this crazy language - can your nose run and your feet smell?
Sometimes you have to believe that all English speakers should be committed to an asylum for the verbally insane:
If a vegetarian eats vegetables, what does a humanitarian consume?
A writer is someone who writes, and a stinger is something that stings.
But fingers don't fing and grocers don't groce.
If the plural of tooth is teeth, shouldn't the plural of booth be beeth?
If the teacher taught, why isn't it also true that the preacher praught?
If harmless actions are the opposite of harmful actions, why are shameless and shameful behavior the same?
English is a language in which you can turn a light on and you can turn a light off and you can turn a light out, but you can't turn a light in
In which the sun comes up and goes down, but prices go up and come down.
In which your nose can simultaneously burn up and burn down and your car can slow up and slow down, in which you can fill in a form by filling out a form and in which your alarm clock goes off by going on.
English is a crazy language. What is it that when the sun or the moon or the stars are out, they are visible, but when the lights are out, they are invisible?; and why when I wind up my watch, I start it, but when I wind up this essay, I shall end it?
Posted by choochoo at 11:00 PM

Wow... I had so never thought about that... what kinda weird language is this... You have alot of time on your hands it seems :)

And don't even get me started on French.

anonymous - yes, I do. Thank you for noticing :P

Jazz - I wouldn't be able to understand what you were saying, even if you did...